The Nine Network has introduced Nine Passport, a new member benefit which gives our donors extended on-demand access to a rich library of great public television programming. All members with a yearly donation of $60 or more, or an ongoing monthly contribution of $5 or more, can use Passport. It cannot be purchased separately and is a benefit of membership. Please allow 7-10 days to process membership and activate account.

If you have already activated Nine Passport, login to view video content at http://www.pbs.org/passport/videos/ 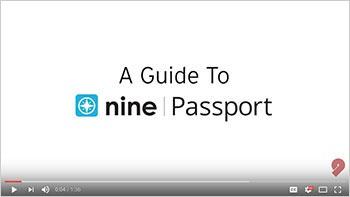 1. What is Nine Passport?

Nine Passport is a new member benefit which provides Nine Network donors extended on-demand access to a rich library of quality public television programming. This is one of the many benefits that Nine Network provides its donors.

2. Why is Nine Network making this service available?

As more and more people are watching television content on demand on digital devices, Nine Passport gives Nine Network donors a way to enjoy extended access to PBS and Nine Network content on platforms including computers, smartphones and tablets.

3. What kind of content can people find on Nine Passport?

At launch, Nine Passport will include several hundred hours of programming, representing many genres, including drama, science, history, natural history and the arts. Notable titles include MASTERPIECE series such as “Downton Abbey” and “Wolf Hall,” along with other favorites such as VICIOUS, EARTH A NEW WILD, HOW WE GOT TO NOW, THE GREAT BRITISH BAKING SHOW and many more. Nine Passport will also include popular Nine programs such as Donnybrook, Living St. Louis, Stay Tuned, Arts America and Science Matters.

The Nine Passport library will continue to grow as more series and episodes are added.

4. How can viewers find content that’s available on Nine Passport?

Donors who wish to take advantage of Nine Passport must activate their account for access. They will be asked to register to confirm their identity and membership status, and then they can start enjoying Nine Passport.

Nine Passport can be accessed on the Nine Network’s video page, as well as on PBS.org, the PBS Video apps for Android and iOS smartphones and tablets, and the PBS app on AppleTV when Nine Network has been identified as the member’s local station.

To get started, look for videos with the compass icon:

Those videos are only available to users who are registered for Nine Passport.

5. Who qualifies for Nine Passport?

Nine Passport is the newest member benefit available. All members with a yearly donation of $60 or more, or an ongoing monthly contribution of $5 or more, can use Passport. If you are not a current member, click here to donate now and join.

6. Is Nine Passport a service or subscription that people can purchase?

Nine Passport is an added benefit of station membership. It cannot be purchased separately and is not a subscription service.

7. Does Nine Passport mean there will be no more free streaming on PBS.org or on Nine Network’s website?

No. PBS and Nine Network content will continue to be available for free on PBS.org, Nine Network’s website, and other digital platforms. Nine Passport provides extended access to a rich library of content for Nine Network members to enjoy.

Certain content, including news and public affairs programs such as FRONTLINE, PBS NEWSHOUR, INDEPENDENT LENS and POV, will always be accessible to everyone.

8. Doesn’t having a subset of content only for donors go against what PBS and the Nine Network stands for?

PBS is committed to providing free streaming of local and national content across multiple platforms after a program airs. Nine Passport goes one step further by offering extended access to a rich library of content for station donors.

Certain content, including news and public affairs programs such as FRONTLINE, PBS NEWSHOUR, INDEPENDENT LENS and POV, will always be accessible to everyone.

9. I’m not seeing my favorite PBS show in Nine Passport. Why not?

10. Will PBS KIDS content be available via Nine Passport?

There are no plans to include PBS KIDS programming in Nine Passport at this time. Visit PBSKids.org for free video content.