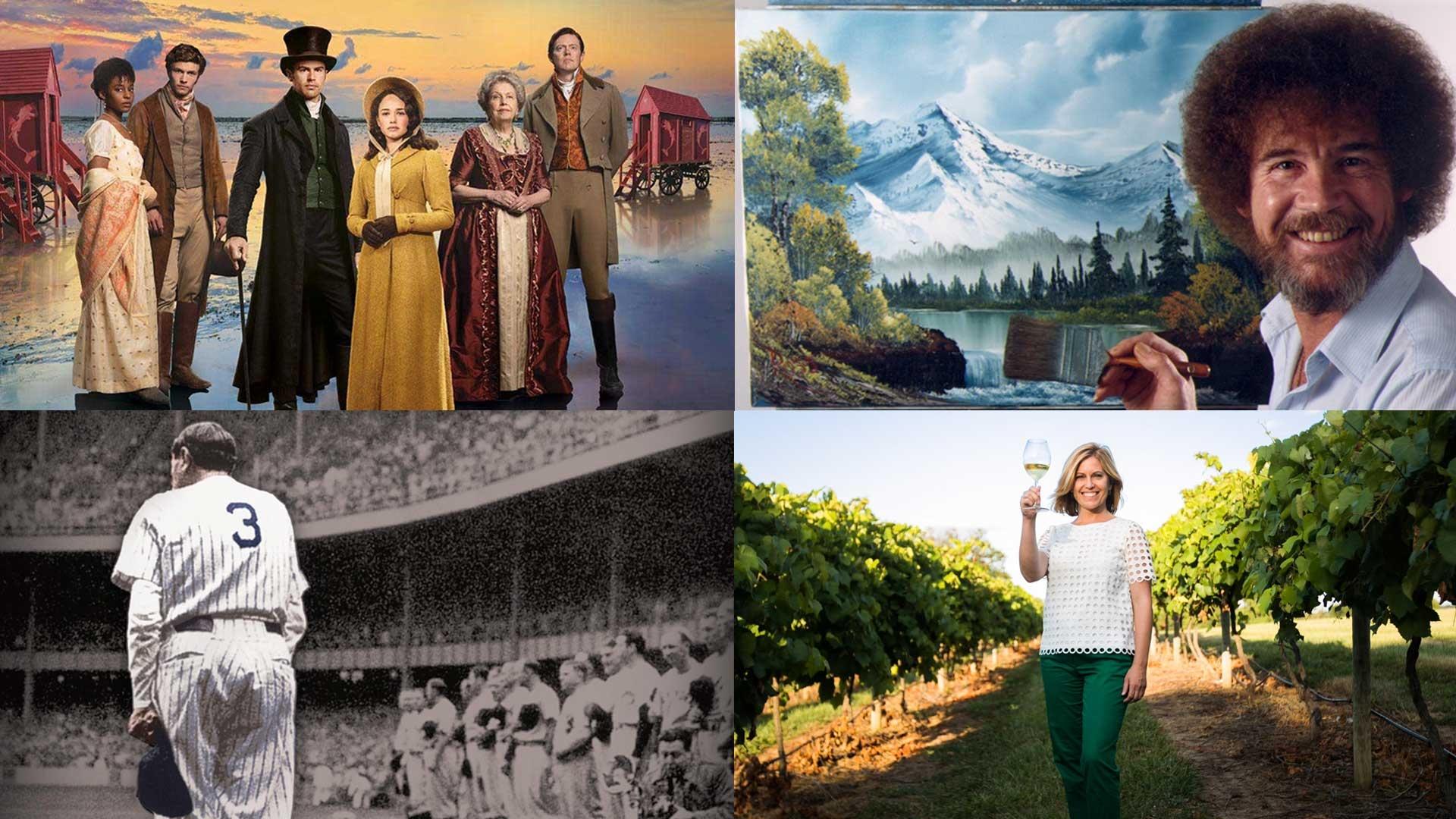 Stuck at home and looking for something new to binge-watch? Stream the following on the PBS Video App or using the links below.

Most Popular Videos
Stream the most popular videos from PBS right now:
https://video.ninenet.org/collections/most-popular-videos/

Ken Burns Baseball
With Major League Baseball on hiatus, PBS and Ken Burns are offering Baseball to stream for free. The story of Baseball is the story of America. It is an epic overflowing with heroes and hopefuls, scoundrels and screwballs. It is a saga spanning the quest for racial justice, the clash of labor and management, the transformation of popular culture, and the unfolding of the national pastime.
https://video.ninenet.org/show/baseball/

Mid-Century Modern in St. Louis
This Nine Network special tells the human stories behind the progressive vision that mid-century modern architecture ushered in after World War II. The production is supported by Mackey Mitchell Architects.
https://video.ninenet.org/video/mid-century-modern-in-st-louis-magvwn/

FRONTLINE
FRONTLINE explores and illuminates the critical issues of our times - from business and health to social issues, politics and war. Stream over 200+ episodes now!
https://video.ninenet.org/show/frontline/

tasteMAKERS
tasteMAKERS continues its deep dive through the food movement to find the people who are redefining the flavor of American cuisine. Emmy-winning host and St. Louisan Cat Neville explores how caviar is made in North Carolina, sake in Oakland, CA, charcuterie in Indianapolis, and rum in the sugarcane fields of Honolulu.
https://video.ninenet.org/show/tastemakers/

Stream the programs below with Nine Passport on the PBS Video App or online.

Masterpiece
One of the most popular drama series in TV history -- Bringing you the best in classic adaptations, mysteries filled with eclectic characters, and provocative contemporary works.
https://video.ninenet.org/franchise/masterpiece/

Sanditon
Jane Austen’s final and incomplete novel, written only months before her death in 1817, Sanditon tells the story of the joyously impulsive, spirited and unconventional Charlotte Heywood (Rose Williams) and her spiky relationship with the charming, enigmatic Sidney Parker (Theo James).
https://video.ninenet.org/show/sanditon/

Downton Abbey
Downton Abbey, the award-winning series from Julian Fellowes, spans 12 years of gripping drama centered on a great English estate on the cusp of a vanishing way of life. The series follows the Granthams and their family of servants through sweeping change, scandals, love, ambition, heartbreak, and hope.
https://video.ninenet.org/show/downton-abbey/

Country Music, A Film by Ken Burns
Explore the history of country music – from its roots in ballads, hymns and the blues to its mainstream popularity – and meet the unforgettable characters and storytellers who made it “America’s Music.”
https://video.ninenet.org/show/country-music/

Beecham House
Gurinder Chadha’s (Bend it Like Beckham) drama Beecham House is set in 19th century Delhi before the British ruled in that region. Tom Bateman steps into the role of John Beecham, a handsome former soldier who has purchased the mansion, Beecham House, to begin a new life.
https://video.ninenet.org/show/beecham-house/

Explore more shows with the Best of Nine Passport!

Stream the best of PBS.