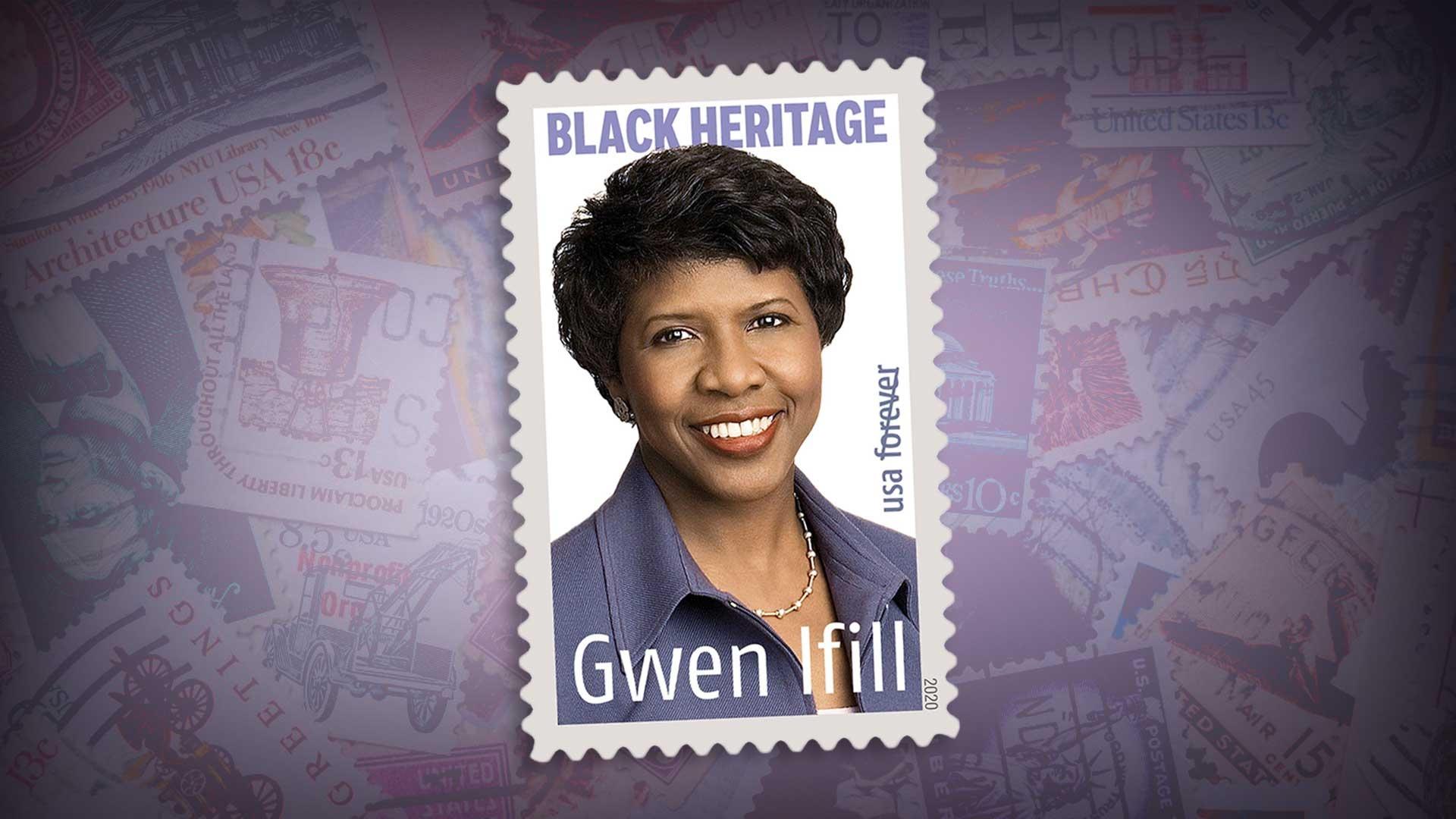 The 43rd stamp in the United States Postal Service’s Black Heritage series honors Gwen Ifill, one of the nation’s most esteemed journalists. Issued January 30, the stamp art features a photo of Ifill taken in 2008 by photographer Robert Severi.

Ifill joined PBS in 1999 as the senior political correspondent for The NewsHour with Jim Lehrer and moderator and managing editor of Washington Week—the first woman and first African American to moderate a major television news-analysis show. In 2013, she became co-anchor of PBS NewsHour, part of the first all-female team to anchor a national nightly news program. Ifill died in 2016.

She holds a special place in the hearts of St. Louisans. She graciously visited with Nine supporters on many occasions and frequently collaborated with Nine on important initiatives. She hosted a national town hall meeting in St. Louis on President Obama’s first 100 days in office, she helped us launch American Graduate with a national Teacher Town Hall, and she hosted America after Ferguson, a national town hall that provided a forum for community conversations.