A Changing World of Work 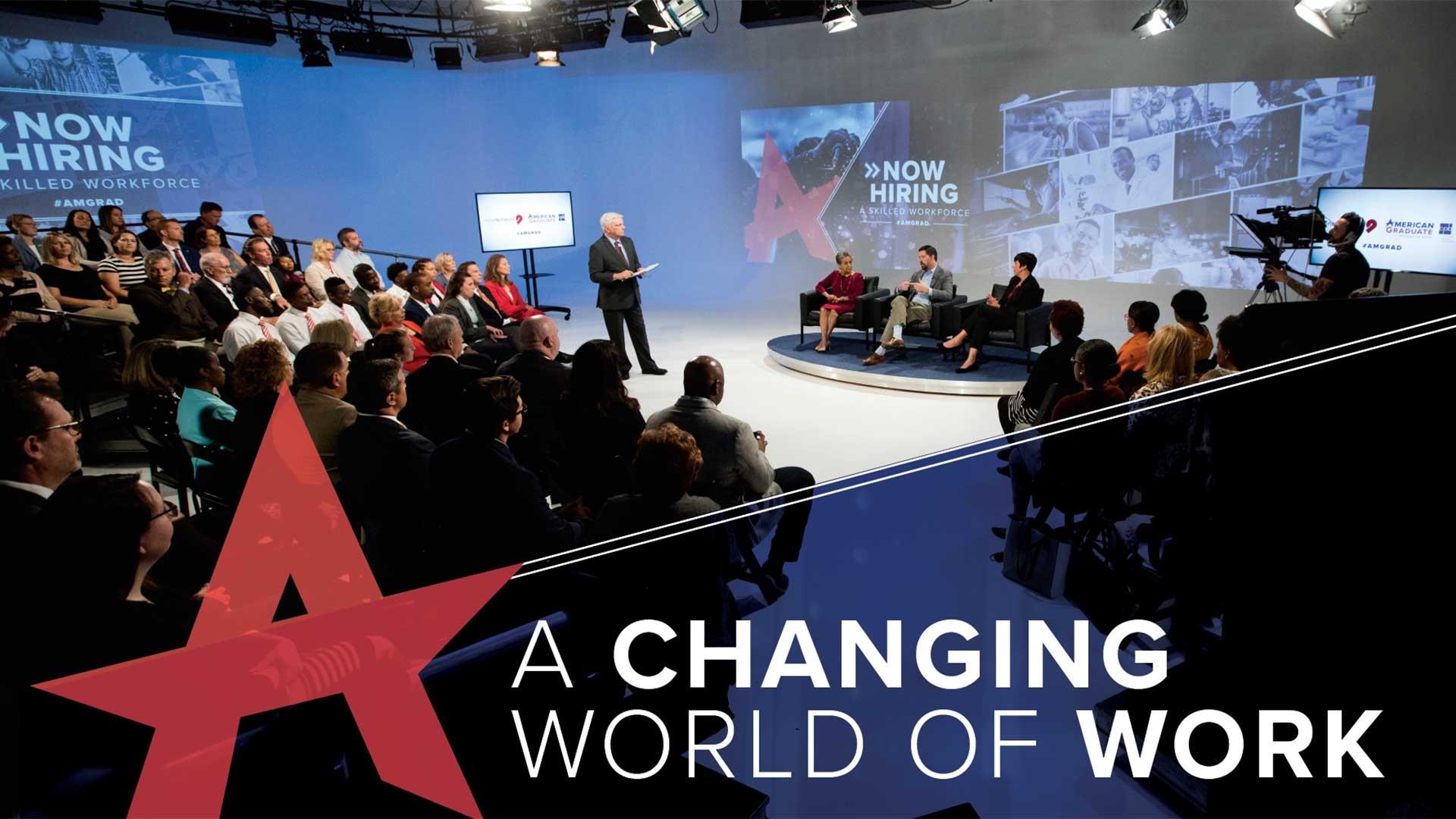 For years, there has been a prevailing narrative that the only definition of success is to work toward a four-year degree immediately after high school. But our region’s employers are sharing a different perspective. Through American Graduate, Nine is working with partners to provide a more inclusive definition of success after high school, one that encompasses many viable pathways into fulfilling and well-paying careers.

Nine—along with its wide network of trusted partners in the workforce space—is highlighting the changing world of work, the pathways into well-paying indemand jobs, and the resources available for people looking to start or change careers.

Nine’s American Graduate work tells stories about high-demand skilled careers—those career paths that require education and training beyond high school, but not necessarily a four-year degree to enter. These stories increase awareness of opportunities for young people and inspire a more diverse definition of success for our region’s youth. Our broad reach across many platforms brings the initiative’s mission to a large audience across Missouri and Illinois: to help young people succeed in school, career and life.

Clayco, one of the nation's largest privately-owned real estate, architecture, engineering, design-build and construction firms, is one such partner. Clayco’s partnership with American Graduate has enabled it to expand its Construction Career Development Initiative (CCDI) by opening “a whole new world of partnerships and collaborations that we didn’t know existed,” says Dan Lester, Clayco’s director of field diversity, inclusion and culture.

“If it wasn’t for American Graduate, I would not have known about other programs occupying the same space in different industries, like LaunchCode and CyberUp. American Graduate has done a great job of getting the message out in the metro area.”

Because of Nine specials like The Skills Gap: A Living St. Louis Special, says Lester, “we have been able to make lasting partnerships in other areas outside of ours with people who can help us in other places.” American Graduate helped Clayco connect to the St. Louis Community Credit Union’s Sure Rides® auto loan program. Sure Rides helps qualified, low-income, credit-challenged clients of workforce development agencies get to work by giving them access to affordable car loans. Partners like these bring “value and added resources to those we serve,” says Lester.

“Until that special came out, I did not know the Nine Network had that kind of reach. The amount of people being exposed to [this initiative] is unreal. … Now, we are being sought out to come into school districts. Before, we had to beat down doors to introduce these options to their students. High schools are now more open to preparing people for the future that they want.” The Skills Gap: A Living St. Louis Special can still be seen at nineNet.org/skillsgap.

The message is resonating. In a few short years, the narrative around college versus credentials, certificates and on-the-job training is beginning to shift. American Graduate is largely responsible for that, says Lester.

Nine has always been invested in the future of St. Louis, from our founding principles as an educational station for children and adults to our current mission to ignite the spirit of possibility through quality content and civic engagement.

Over the past 18 months, these stations have created over 500 stories that help change perceptions around high-demand, skilled careers. Shared on television, radio, social media, and via partner networks, American Graduate stories have been seen over 180 million times across the nation. Nine Network’s role in American Graduate reinforces our role as a national leader in community engagement.

On August 22, 2019, Nine Network hosted a townhall- style production—Now Hiring: A Skilled Workforce (see photo on page 4). Moderated by Nine’s senior director of content, Jim Kirchherr, this panelled conversation captured the challenges and solutions to recruiting a skilled workforce for the region’s in-demand jobs. The resulting special was broadcast on Nine PBS on September 30 and can still be viewed at nineNet.org/nowhiring.

More than 100 people attended the town hall, representing business, education, government, and nonprofit organizations throughout the bistate region. In addition to many regional experts, Missouri Governor Mike Parson and St. Louis Mayor Lyda Krewson attended and participated in the discussion.

The special is an introduction to programs in our region that are preparing young people for pathways into well-paying careers and explores how to increase the number of people entering these careers.

Journey to Jobs is another American Graduate: Getting to Work special you don’t want to miss. The special airs November 16 at 4:00 p.m. on Nine PBS.

It’s hosted by PBS NewsHour’s Hari Sreenivasan from the Tisch WNET Studios at Lincoln Center in New York City. The program tells the story of how communities across the country are providing support, advice, and intervention services to youth, veterans, and adults in career transition. In Journey to Jobs, viewers hear directly from job seekers and the newly employed, business and nonprofit leaders, as well as program staff, volunteers and mentors as they work to create pathways to high-demand skilled careers.

The three young adults pictured below (left to right) are going places. Smart, engaged and on their way to a bright future, these individuals sought out American Graduate: Getting to Work resources to forge their own, unique career paths. For more information, go to nineNet.org/jobs.

SOFTWARE DEVELOPMENT
McKay Bailey, 19, is receiving on-the-job training as a software developer at Equifax, Maryland Heights, MO. He has an associate degree in arts and science from Southwestern Illinois College, Belleville, where a Java class piqued his interest in the lucrative field of software development. He got his start at LaunchCode’s free educational opportunity to veterans and their families in O’Fallon, IL. Bailey’s father is a veteran. He learned core concepts of code and web development, which put him on his job-oriented skills track. “I’m learning a lot,” says Bailey, who sees the “invaluable experience” as a launch pad for a future at a technology start-up.

CONSTRUCTION
Eonna Anderson, 18, is currently getting on-thejob training as a sider at commercial and residential contractor, Builder’s Bloc, in Chesterfield, MO. It’s a great start for someone who wants to work in the building design industry. After graduating from North Technical High School, Florissant, MO, this past June, a semester at the CCDI Construction Academy at Clayco, and her position at Builder’s Bloc, she will start a Carpenters Joint Apprenticeship Program in Affton, MO, in December that she hopes will lead to a construction management degree and career.

This article appeared in the November/December 2019 issue of nineMagazine.