Amy Shaw became the President and CEO of the Nine Network of Public Media in February 2020. She is the first woman to lead Nine in its 65 year history. Shaw is recognized as a national leader and innovator in community engagement and public media. She leads a talented team in groundbreaking work that leverages on-air, online and community engagement for measurable impact around important and complex issues facing communities.

Shaw was an inaugural 2015 Eisenhower Zhi-Xing Fellow, spending a month in China to advance bilateral dialogue and understanding between the China and the United States. Shaw was a member of the 2012-13 class of Leadership St. Louis, and she has served on numerous local and national boards. She currently serves on the FOCUS St. Louis board and is the chairperson of the Webster University School of Communications Advisory Board. She is deeply committed to the power of public media and the strengthening of communities across the country.

Dick Skalski is senior vice president, chief financial officer and chief operating officer of the Nine Network of Public Media. As CFO, Dick is responsible for fiscal and administrative affairs, including preparing annual operating budgets, financial statements and forecasts, and human resource management. As COO, he manages the day-to-day operations of the station. Prior to joining Nine, Dick spent 20 years with PerkinElmer Optoelectronics in various management positions, most recently as controller and part of senior management. He is a licensed CPA and a member of the Missouri Society of CPAs (MSCPA). He has a M.B.A. in finance from Suffolk University in Boston and a bachelor's degree in accounting from the University of Massachusetts Amherst.

In serving as vice president of engineering and operations for Nine, Chrys Marlow oversees all technology at the Nine Network, including the engineering, production, operations, traffic and IT departments. Since joining Nine in 1985, Chrys has held a number of positions, including maintenance engineer and senior editor. His background includes nearly 30 years in television, beginning in high school when he was employed by KDNL in St. Louis. Chrys attended Jefferson College and graduated with an associate's degree in electronic technology.

As Vice President, Chief Development Officer, Dean is responsible for managing funding development and implementing revenue models across Nine Network. He also manages client development for V9 Digital. He was formerly Regional Vice President for Spectrum Reach (Charter Media). He grew the core business, while introducing new products and partnerships. He managed up to 20-plus TV markets and directed key parts of the merger of Charter with Time Warner Cable. Before his career with Spectrum Reach, he managed national, regional and local revenue for four FM stations at Emmis Communications St. Louis as Vice President/Director of Sales. He also launched more than six new radio formats and owned and operated two FM stations in Charleston, SC, before moving to St. Louis. Dean holds a Bachelor of Science in Communications Radio/TV from Southern Illinois University–Carbondale. He has also served on a number of boards for several nonprofits and industry-related councils.

As Vice President, Chief Marketing Officer, Matt leads all of Nine Network’s marketing and communications efforts, using internal and external resources to advance Nine’s brand identity, visibility, support, and impact locally and nationally. He’s responsible for the strategy and execution of the branding and marketing of Nine’s programming, initiatives, and events. He is the station’s primary contact for all media relations. Highlights of his career at Nine include lead roles in the transitional branding of KETC/Channel 9 to the Nine Network of Public Media in 2010, conceptualizing and executing the grand opening of the Public Media Commons and Nine’s first-ever gala, and the launch of a new national food series, tasteMAKERS, in partnership with American Public Television (APT). He has served as chair of the Communications Council of the National Educational Telecommunications Association (NETA), authored webinars for public television, and initiated Nine’s green business efforts. Matt holds a Bachelor of Arts degree in design from Southern Illinois University–Carbondale. 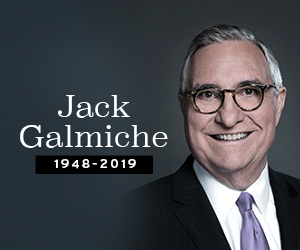